81 hydrocarbon deposits have been discovered in the district. Along with oil and gas, the fuel and energy complex of the district includes coal, manganese, nickel, copper, molybdenum, gold, and diamonds. However, they are not explored. On the island of Vaigach, the manifestations of lead-zinc and copper ores were found.

Among the aquatic biological resources, fish stocks are of the greatest economic importance. The main commercial mammals in the NAO are represented by the arctic fox, white hare and ermine. Wild reindeer live on Novaya Zemlya and in the continental tundras of the district. The polar bear is found along the coast of the Barents Sea to the Czech Bay.

In agriculture, dairy cattle breeding and reindeer husbandry are developed. Crop production is poorly represented, potatoes and turnips are grown, and greenhouse farming is developing. 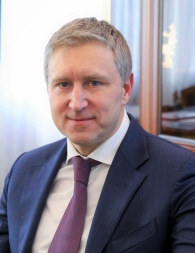