The Tomsk region is located in the geographical center of Siberia: in the south-eastern part of the West Siberian Plain. It borders the Kemerovo and Novosibirsk Regions to the south, the Omsk Region to the southwest, the Khanty-Mansi Autonomous Okrug to the west, northwest, and north, and the Krasnoyarsk Territory to the northeast and east.

The Tomsk region is located in the picturesque taiga region in the south-east of the West Siberian Plain, a region with a rich and full of unsolved mysteries of history. This is one of the most beautiful, original places in Siberia, suitable for the development of a variety of types of recreation. «„Siberian Athens“» — this unofficial name was given to Tomsk in the XIX century, after the opening of the first university in Siberia (and beyond the Urals in general). Today Tomsk is the historical, cultural, and educational center of Russia. But at the same time, it retains the appearance of an ancient Siberian city, which has preserved examples of wooden architecture: estates, merchant houses.

The Tomsk region is diverse and unique. Here are located the richest natural resources, stretches untouched taiga, which has preserved the unique culture of the indigenous peoples of the North. The vast expanse of wild, majestic rivers and countless lakes, thermal springs. Here are the Vasyugan marshes — the world’s largest swamp system, the real «„green lungs“» of the planet.

The leading industries are mechanical engineering and metalworking, forestry and petroleum.

Development strategy of the region 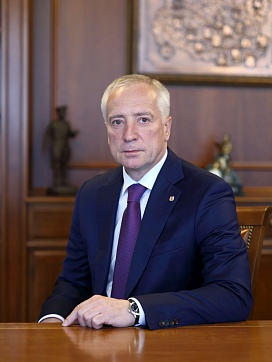