The Chuvash Republic is one of the most stable and economically developed national regions of Russia. The attractiveness of the Chuvash Republic as a region favorable for the development of domestic and inbound tourism is determined by the favorable economic and geographical location, natural and recreational, cultural and historical potential of the region. Chuvashia can truly be called the pearl of the Volga region.

The modern cultural and tourist potential is able to fully meet the highest demands and needs of residents and guests of the republic. Russian and foreign tourists have a lot to see in Chuvashia — archaeological monuments (Abashevskaya and Balanovskaya cultures, Bulgar settlements), museum halls (both public and private), nature parks-reserves («„Chavash Varmane“», «„Zavolzhye“», «„Prisursky“»), monastery and temple complexes (as architectural masterpieces and at the same time-centers of spirituality), theater and concert halls (with national — original productions) and even tasting rooms of manufacturers with world brands (hall-museum of the confectionery factory «„AKKOND“»).

Chuvashia uses more than 100 different objects that are not of narrow regional, but of all-Russian interest as tourist products.

Industry: mechanical engineering and chemical industry. The energy sector is represented by a complex of thermal power plants, as well as the Cheboksary hydroelectric power station. The light and food industries are also developed.

In agriculture, meat and dairy farming prevails, poultry farming and the production of grain, hops, and potatoes are developed.

Mineral resources: peat, sand, clay, gypsum reserves, dolomites, carbonates and oil shale. The data of geological surveys of recent years indicate the presence of oil and gas deposits in the bowels of the republic. 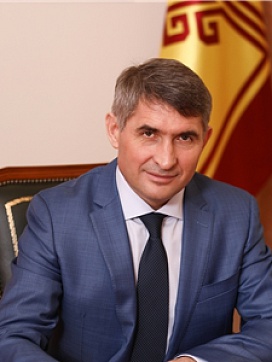