The Udmurt Republic is an industrial region of the Russian Federation with a complex multi-industry economy, high-tech, provided with the necessary infrastructure. It is located in the east of the Russian Plain, in the European Urals, in the interfluve of the Kama River and its right tributary, the Vyatka.

Udmurtia is a developed industrial and agricultural region of the Volga Federal District. The leading branch of the republic’s economy is industry, which accounts for about 50 percent of the gross regional product. The key role in it is played by large enterprises of the military-industrial complex, which produce high-tech products that are competitive in the world. An important place in the national economy of the Udmurt Republic is occupied by agriculture, the share in the gross regional product exceeds 6 percent.

The Udmurt Republic has all types of transport links with other regions of Russia. The transport network includes a network of railways, public roads, navigable river routes with access to the Caspian, Black and Baltic Seas.

The strategic goal of the state investment policy of the Udmurt Republic is the formation of the most relevant and most significant conditions for the development of business investment activities.

The investment attractiveness of the republic is determined by its favorable geographical location, political stability, developed financial infrastructure, and the availability of highly qualified personnel. 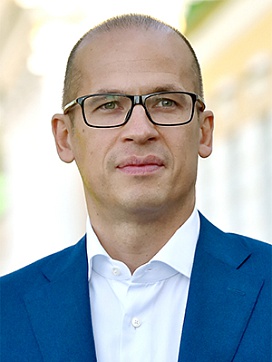