The territory of the Yamal-Nenets Autonomous District is located in the Arctic zone in the north of the world’s largest West Siberian plain and covers a vast area of more than 750,000 m2, washed from the north by the Kara Sea.

The volume of industrial output is most determined by the volume of the predominant type of economic activity — mining.

The main enterprises producing natural gas on the territory of the Autonomous Okrug are subsidiaries of PJSC Gazprom.

The county’s transportation system is undergoing significant improvements. The accessibility of many municipalities is increasing (the Salekhard-Nadym road, the bridge over the Pur River) and large-scale infrastructure projects are being implemented (the Northern Latitudinal Passage).

The main goal of the Strategy is to ensure a sustainable increase in the level and quality of life of the population on the basis of the formation and development of a competitive economy in compliance with the relevant environmental requirements.

The priority areas for achieving the strategic goal of socio-economic development of the Autonomous Okrug are: 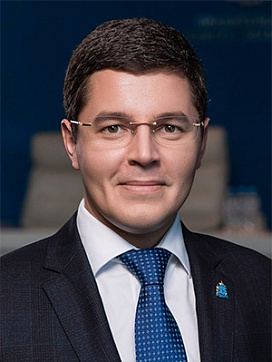