The Omsk region is located in the south of the West Siberian plain, at the intersection of the transport corridors «„Europe-China“» and «„North-Central Asia“». It borders the Republic of Kazakhstan in the south.

The priority sectors of the economy include the agro-industrial complex, oil refining and chemical industry, mechanical engineering and other important areas. The economy of the region does not have a raw material orientation, it is based on developed high-tech manufacturing industries (more than a third of GRP).

The transport infrastructure of the region is represented by the Trans-Siberian Railway, highways connecting the northern territories of Russia with the regions of the Republic of Kazakhstan and the countries of Central Asia, the international airport of the city of Omsk and the river port.

The strategy was developed in order to determine the priorities, goals and objectives of the socio-economic development of the region for the period up to 2025 and is aimed at implementing its main competitive advantages.

Based on the prospects of socio-economic development, it is planned to implement the following areas:

The strengths of the socio-economic situation according to the Strategy include:

Currently, the Government of the Omsk Region is developing a strategy for 2030, which is based on new mechanisms that should become accelerators of the socio-economic development of the region and ensure the innovative and digital transformation of the regional economy. 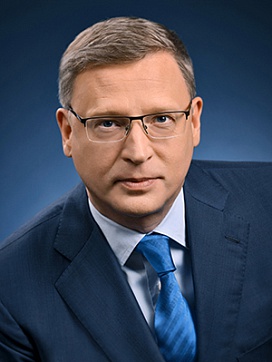