The Kurgan region is located in the southern part of the West Siberian Plain, at the junction of the Urals and Siberia, in the basin of the Tobol and Iseti rivers.

Kurgan is the capital of orthopedics. Here is the National Medical Research Center of Traumatology and Orthopedics named after Academician G. A. Ilizarov, which is the ancestor of the method of transosseous osteosynthesis, used in more than 60 countries around the world.

The electrified South Ural Railway, the federal highway «„Irtysh“», the main oil and gas pipelines pass through the territory of the region.

Comprehensive work is being carried out ( underway) in the region to ensure an effective investment policy and create a favorable investment climate, and the relevant legislative and regulatory framework is being improved. An active economic policy is being implemented aimed at raising the standard of living of the population and increasing the competitiveness of the regional economy through modernization, innovative development, increasing the efficiency of using capital and intellectual resources, and developing entrepreneurial initiatives. 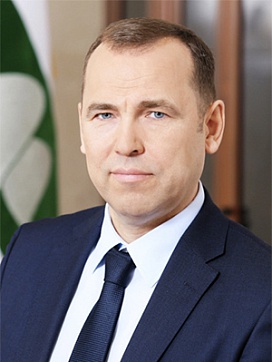