The Kemerovo Region (Kuzbass) is located in the south-east of Western Siberia.

Russia is the third largest supplier of coal on the world market (after Indonesia and Australia), and the Kuzbass share in these supplies is almost 90 percent.

Metallurgy is the second basic branch of Kuzbass. The region accounts for 63 percent of mainline and 100 percent of tram rails, more than 60 percent of ferrosilicon, 14 percent of steel and rolled ferrous metals of all-Russian production. Ski tourism, a new industry for Kuzbass, is actively developing.

The factors of investment attractiveness of the region include:

— high labor potential (16th place among the regions of Russia and 3rd place among the regions of the Siberian Federal District in terms of population);
— favorable investment climate (Regional legislation is focused on the investor);
— availability of 4 territories of advanced socio-economic development;
— developed transport and logistics infrastructure (2 international airports, large length and density of railway tracks);
— high economic potential (1st place among the regions in terms of diversity and development of minerals, the third largest energy system in the SFD, the largest metallurgical and chemical complex in the Russian Federation). 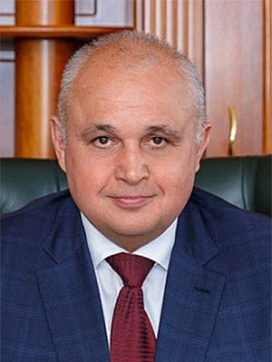