Borders: to the West of Kabardino-Balkaria, in the North, Stavropol Krai, in the East, Ingushetia and Chechnya, on the South by Georgia and South Ossetia.

The republic has significant historical and cultural resources for the development of excursion recreation and travel. There are about 2.5 thousand monuments of federal and national significance registered here, a number of which are put forward for UNESCO approval as monuments of world significance, such as the Dargava and Kurtatinsky gorges.

Among them are objects of religious architecture, residential and watchtowers, crypt complexes, rock fortresses, objects of urban culture, etc. There are settlements in the republic that have the status of historical settlements. The capital of the republic, the city of Vladikavkaz, has the status of a historical city with a large number of monuments of architecture, history and culture.

In terms of the number of historical, cultural and architectural monuments per 1 sq.km, the Republic of North Ossetia-Alania occupies one of the first places in Russia.

Rivers and artificial reservoirs of North Ossetia attract more and more tourists, lovers of fishing, hiking and travel. The rivers of RSO-Alania are real ""stadiums«"for fans of water slalom and other water tourism.

Another direction of providing recreational services in the republic is sports licensed hunting, including for foreign tourists. The farm covers 92 thousand hectares of hunting grounds, which are located at the foot of the majestic Caucasus mountains. Of all the diversity of the animal world of the RSO-Alania, some species of ungulates, fur-bearing animals and feathered game are of hunting and commercial importance. The main types of commercial animals are deer, wild boar, roe deer, chamois, bear, hare, fox, marten, squirrel, otter, badger, pheasant. 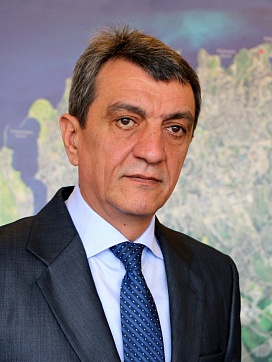