It borders on North Ossetia in the west, the Chechen Republic in the east, and the Mtskheta — Mtianeti region of the Republic of Georgia in the south, where the border is also part of the State border of the Russian Federation.
The small territory of the Republic of Ingushetia, stretched from north to south, is clearly divided into two parts — the flat north and the mountainous south. It’s not just the terrain: these are two different worlds, where antiquity and modernity almost do not intersect.

The historical heart of Ingushetia is the high-mountain south, the pearl of Ingushetia is the protected Jeyrakh district, which is more often called simply «„mountain Ingushetia“». The main attraction of the Republic of Ingushetia is mountainous Ingushetia — an ancient mysterious «„land of towers and legends“», the center of Ingush history, «„a fairy tale in reality“» — on the map it looks like a small strip of land, an unknown world for modern residents of Russia. The Jeyrakh-Assin State Historical, Architectural and Natural Museum-Reserve, established in 1988, is located here, and covers an area of about 600 square kilometers. This territory contains more than two thousand different types and different time monuments of history, archeology and architecture.

Rostov-on-Don and Rostov-on — Don are crossed by the North Caucasus Railway, which has access to Rostov — on-Don and Baku, as well as the Baku-Mineralnye Vody — Rostov-on-Don-Moscow federal Highway and the Georgian Military Road. There is an international airport Magas. 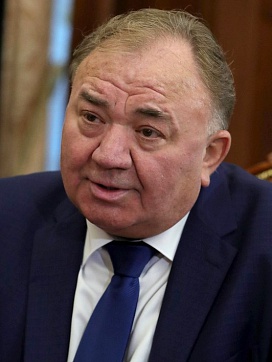