The Republic of Dagestan is one of the subjects of the Russian Federation in the North Caucasus Federal District.

The capital of the republic is the city of Makhachkala.

The Republic of Dagestan is located on the north-eastern slope of the Caucasus and in the south-west of the Caspian Lowland. It occupies the southernmost part of the Russian Federation. In terms of size and population, the Republic of Dagestan is the largest of the republics of the Caucasus in the Russian Federation. The length of the territory from north to south is about 400 km, from west to east — an average of 200 km. Dagestan borders Kalmykia to the north, Stavropol Krai to the northwest, and the Chechen Republic to the west. Along the Watershed Ridge of the Greater Caucasus, Dagestan borders with Georgia. In the south, Dagestan borders the Republic of Azerbaijan. In the east, the territory of Dagestan for almost 530 km. it is washed by the waters of the Caspian Sea.

The unique geographical location and wealth of natural resources are attractive for tourists who want to link their fate with this amazing place. On the territory of the republic there are 89 species of mammals, which is 27 % of the number of species of the Russian Federation, about 300 species of birds, about 40 species of reptiles, 7 species of amphibians, more than 50 thousand species of insects.

The Republic of Dagestan has great opportunities for the development of spa treatment, recreation and tourism. The recreational resources of the Caspian Sea coast and the Eastern Caucasus have not yet been evaluated. The coastal lowland of the Caspian Sea stretches from Makhachkala to the borders with Azerbaijan. The sandy shores of the Caspian Sea are interspersed with slightly swampy lowlands. The flat coastal strip (5-15 km wide) has been used since ancient times by soldiers, merchants and diplomats. On the Caspian coast, there are recreational areas with beautiful beaches: Makhachkala (80 km), Samur (42 km), Manas (48 km), Kayakent (40 km). There are about 150 recreation centers, boarding houses, sanatoriums, and pioneer camps. 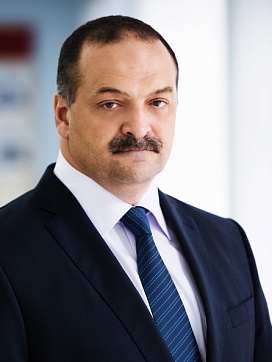